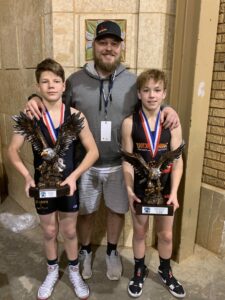 Chad has trained with us since he was a youth athlete. Chad earned our hardest worker/most dedicated award we had each year four years in a row. Unfortunately due to concussions, Chad was not able to compete much of his high school career. Chad began coaching in our SIUE satellite room which he now runs along with another satellite location in Illinois. Chad wrote our entire camp syllabus for all levels of our camps, helped set up Private Team Camps, Dream Season Camps, and helps run our website and camp registrations for all of our camps.